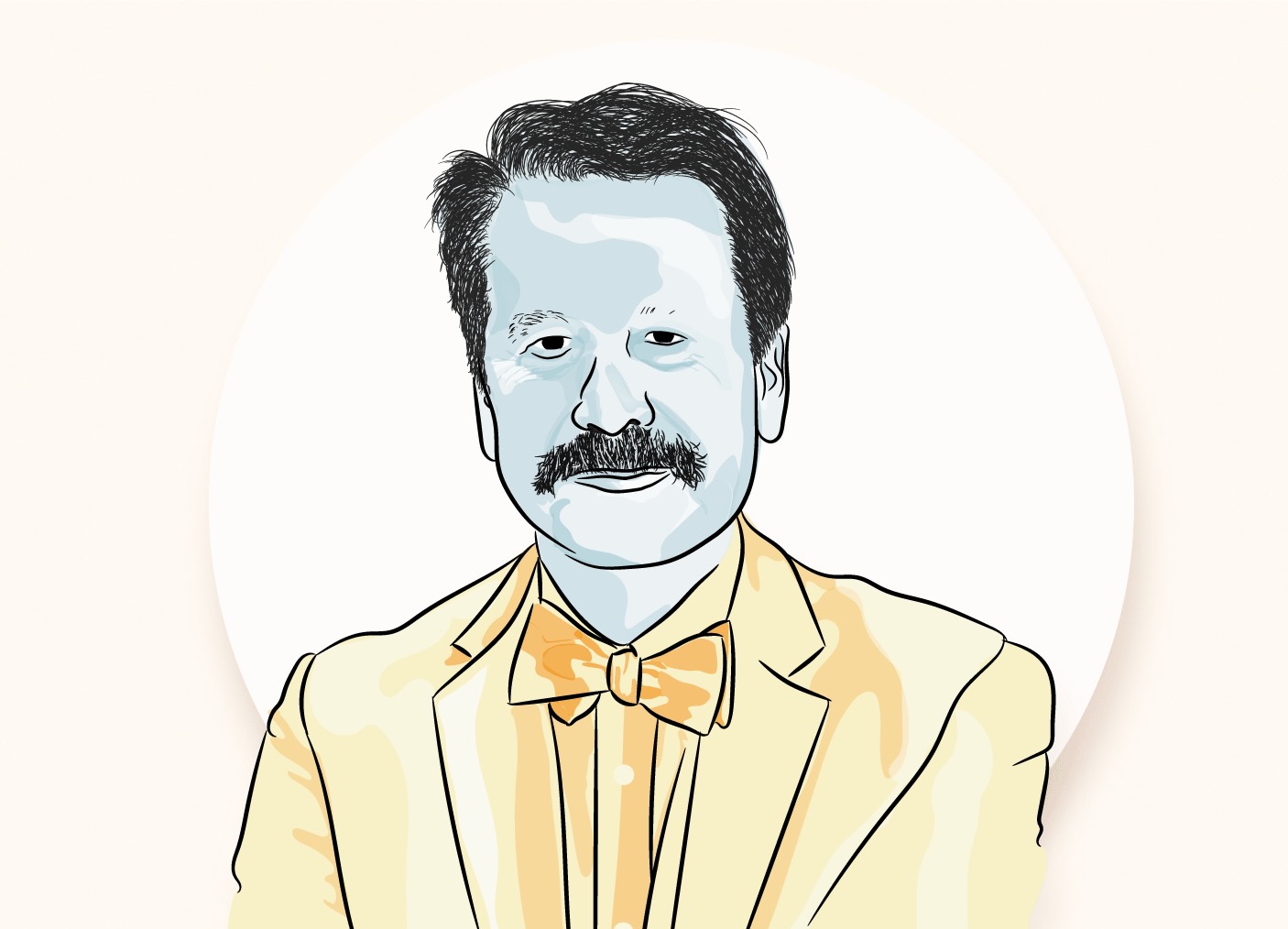 Happy Friday, and welcome to Food Fix. If you’re not (yet!) a paid subscriber, you’ve recently missed a beefy rundown of what’s going on in Washington over the next few weeks, a look at the growing momentum around the food as medicine movement, and more.

Food Fix in the news: I recently joined Food Tank’s podcast, “Food Talk with Dani Nierenberg,” to talk about why I launched Food Fix, why many newsrooms don’t see food and agriculture as a real beat and why that matters. Listen here. Also, Salon cited the analysis of public sentiment toward universal free school meals we co-released with Impact Social, which found it overwhelmingly positive.

Say hey: I love getting your emails! Reply to this newsletter, or drop me a line: helena@foodfix.co.

Things are not OK at FDA

Plenty of people in town felt Califf was avoiding a hard decision – essentially kicking the can down the road – and there were doubts that a review by a group so cozy with the agency would call for bold, serious changes.

Well, the report dropped this week, and those doubts appear unfounded. The foundation’s report was widely praised for being hard-hitting, in-depth and honest – and it kicked the can right back to Califf, recommending not one, but several potential options for how to better organize and run the agency.

What the report found: The 51-page report, the result of a 60-day expert-panel review led by former FDA Commissioner Jane Henney, confirmed my reporting from a deep dive on FDA’s dysfunction in April. The review detailed serious structural, leadership and cultural problems at the agency.

One of the panel’s most pointed findings: “There is no clear Human Foods Program leader or decision-maker, outside of the Commissioner.”

In other words, there is no one in charge of food at FDA, an agency with jurisdiction over nearly 80 percent of our nation’s food supply.

The panel concluded that the “lack of a single clearly identified person to lead the Human Foods Program has adversely impacted the organizational culture and led to overlapping roles and competing priorities that result in what is perceived as constant turmoil.” I’m not going to rehash the issues with FDA’s org chart, but suffice it to say it’s fueled a long-running power struggle and slowed down decision-making on a slew of important issues. (For more on the back story, see my reporting in Chapter 1 here … and also here and here.)

Resource woes: One of the other big challenges the report flags is that the food side of FDA doesn’t have the resources it needs to really do what consumers expect of it. The Center for Food Safety and Applied Nutrition has roughly the same number of full-time employees as it did in 1978, despite an exponential increase in the scope of the job and complexity of the food system plus a surge in diet-related diseases.

Real world impact: Bureaucratic silos and a broken leadership structure might seem like abstract problems, but they really hamper the agency’s ability to act – something that has been highlighted throughout the infant formula crisis. As the panel put it: “While it appears that staff at all levels sought to follow the rules and procedures within their division, there was little motivation, and apparently no requirement, to share information and interact across the Agency to facilitate critical thinking and proactive decision-making. This is especially problematic in a crisis, where decisions should be made quickly and be vetted properly.”

I’m going to go out on a limb and say that parents don’t care about org charts, they just expect products on shelves to be safe and swift action when serious problems arise. In the case of infant formula, it took the agency several months to act, and we’re still seeing half-empty shelves at stores. The agency still won’t answer questions about why it didn’t catch major food safety problems at the nation’s largest infant formula plant sooner.

Decisions, decisions: The expert panel responsible for the report didn’t put its weight behind a single or even preferred recommendation for how to change FDA’s structure. Instead it gave Califf a slate of five options, ranging from straight up removing food from FDA and spinning it into a separate agency (plenty of folks think this would make sense, but it’s unlikely Congress would go for it) to creating a new deputy commissioner role with sweeping authority over all the big food things at FDA (something FDA can do without approval from Congress). For the full slate, see pages 21–25.

Eating words: That the expert panel presented Califf with two options that included a strong deputy commissioner role surprised critics who expected the panel to dodge the issue. “Commissioner Califf deserves a lot of credit for initiating this process and providing the Reagan-Udall Foundation and the expert panel with the autonomy to produce such a candid report,” said Brian Ronholm, director of food policy at Consumer Reports, who’d publicly expressed his low expectations for the review just last week.

“Many of us made assumptions about this process that, while warranted based on history, thankfully ended up being flat out wrong,” Ronholm added.

House Appropriations Chair Rosa DeLauro (D-Conn.), who had also been quite worried about this review’s legitimacy, praised the report this week, too. She also called on the agency to take action: “FDA needs a change, and the Reagan-Udall report is a formal acknowledgement of the issues plaguing the food program that begins to chart that path forward,” DeLauro said. “I hope that Commissioner Califf will grab the torch and lead the charge to strengthen food safety at FDA.”

Deputy commish? My sources are growing more bullish on FDA actually going for a deputy commissioner role, a big change that had previously seemed pretty unlikely. As I’ve said before, there are a lot of folks who see FDA’s willingness to restructure to a deputy commissioner model – AKA putting someone more clearly in charge – as a proxy for how willing FDA is to take a serious look at itself, and recognize its current structure isn’t working. Only time will reveal how this all plays out, but the report puts more weight behind the push for real reform.

What’s next: Califf said in a statement this week he will be signaling some changes in the new year: giving a public update on a “new vision” at the end of January, with additional announcements by the end of February, “including the planned leadership structure and any changes to key internal processes and procedures.” In the meantime, he’s still getting an earful from the food industry, consumer groups and others calling for a real shakeup.

Oversight coming soon: With Republicans taking control of the House in January, many are predicting the FDA will face more serious oversight on Capitol Hill in the coming two years. If the infant formula shortage gets renewed attention – yes, supplies are still disrupted – I think you could see a lot more questions from the Hill about not just this issue, but FDA’s fundamental leadership and structural issues.

Fewer public schools are participating in school meals programs now that universal free school meals have ended, according to a new government survey.

Naaz Modan at K-12 Dive reported on Thursday: “A significantly lower percentage of public schools participated in school meals programs in fall 2022 than in March 2022 when universal school meal waivers were still in place, according to the latest School Pulse Panel survey results from the U.S. Department of Education’s National Center for Education Statistics.”

The percentage of participating schools fell this year from 94 percent in March to 88 percent in October, per the report.

On Monday, USDA plans to unveil the next tranche of climate-smart commodities pilot projects. This round will focus on smaller operations and underserved farmers and ranchers. Agriculture Secretary Tom Vilsack will make the announcement in Alabama, “where he will participate in a livestreamed moderated discussion with select project partners,” USDA said. View the livestream on usda.gov/live (time TBD).

Questions about the money: As USDA moves forward with this climate work, there will likely be more questions about how the money is being used and who is benefitting. Of course, House Republicans are already pressing on this front, but questions are coming from environmental groups, too.

The Union of Concerned Scientists (UCS) this week raised concerns about not getting enough information on where the money is going. In a blog post, an interdisciplinary scientist in the Food & Environment Program at UCS, Omanjana Goswami, called the pilots a “step in the right direction toward fulfilling the Biden administration’s promise to address climate change and reduce emissions from agriculture … but concrete insights are impossible because of a lack of data.”

BELIEVER Meats breaks ground on ‘largest cultivated meat production center in the world’ in North Carolina (Food Navigator USA). This story from Elaine Watson caught my attention, not just because of its largest scale claims, but also because it comes mere weeks after FDA granted the first approval for cell-cultured chicken. TL;DR: “Israeli startup BELIEVER Meats (formerly Future Meat Technologies) has broken ground on a 200,000-square-foot facility in Wilson, North Carolina, that it claims will be the largest cultivated meat production facility in the world with the capacity to produce at least 10,000 metric tons of cultivated meat (around 22 million lbs) per year.”

Baby formula shortage getting worse despite White House intervention (FOX Business). Press coverage of the infant formula disruption is kicking up again. (There were also stories within the last week in USA Today, the 19th News and others.) Kayla Bailey reports that the last Operation Fly Formula occurred in September, even though store shelves continue to look bad in many places – and supplies are particularly low for specialty and sensitive formulas, noting “the White House did not respond to FOX Business’ request to comment on whether parents can expect more shipments in the future.”

MAZON not satisfied with military hunger provision in NDAA (The Hagstrom Report). The House on Thursday passed a compromise version of the National Defense Authorization Act that made it easier for some military households to access federal nutrition benefits, but did not go as far as anti-hunger group MAZON wanted it to. “The bill makes some helpful improvements, but it is far less than what we have been asking, and it will leave most of the 24% of military families facing hunger without solutions,” said MAZON President Abby Leibman, per Jerry Hagstrom’s report.

Subscribe to Food Fix to unlock access to two newsletters each week, packed with insights and analysis about what on earth is going on with food in Washington and beyond.

Don’t just take my word for it: As one recent subscriber put it: “A few weeks into my @foodfixco subscription, and I can say it has 100% been worth the money. The newsletter is a great way to keep up with food and nutrition policy.”

Check out subscription options, including discounted rates for students, groups, academia and government. You can also follow Food Fix on Twitter and LinkedIn.

As always, feedback is welcome. Reply to this email or hit me up at helena@foodfix.co.

See you next week! 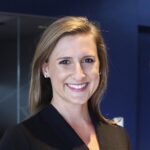 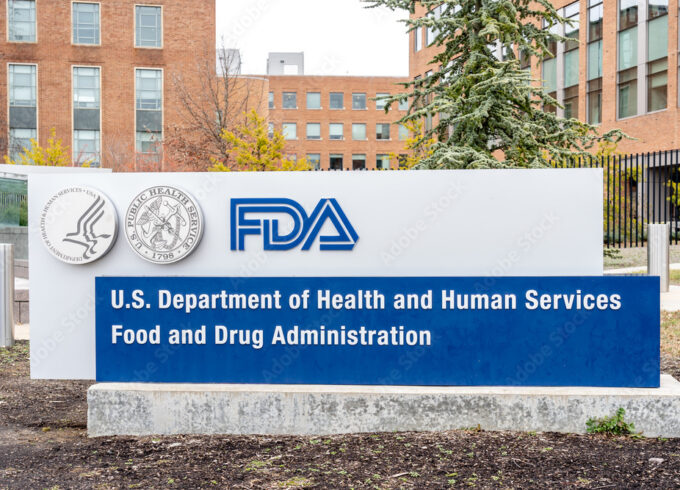 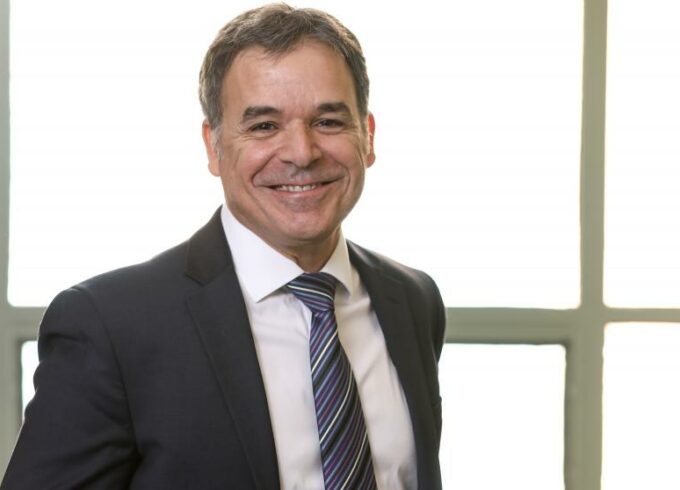 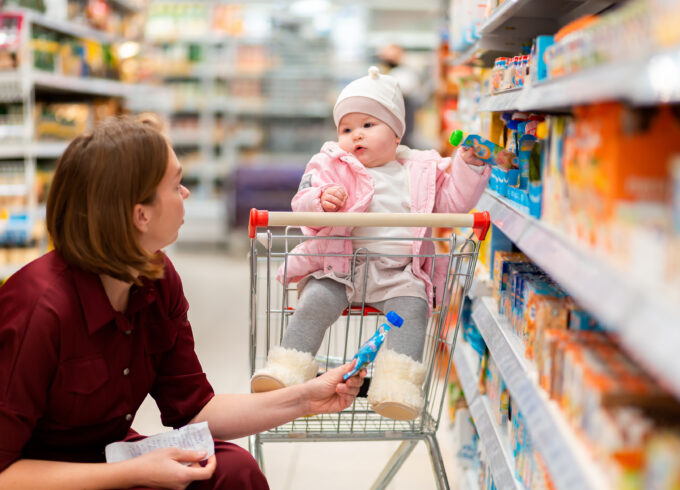